—
The Pull ~ Looking for a New Place to Live - Closed Loop 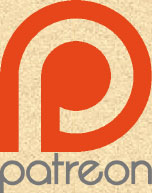